7 Steps to Freedom is an interpretive program using cellphones, mobile technology, and the internet to explore and experience African-American history and the Underground Railroad in Salem County, New Jersey. It is a production of the Salem County Cultural & Heritage Commission in partnership with the Foundation for New Jersey Public Broadcasting.

Alexandra Ford and Lamont Dixon are the actors heard in the stories.

Alexandra Mays Ford received training at Camden County College and Montclair State University in Voice and Diction, Movement and Acting.  She has appeared in a number of theater productions at both institutions as well as the Spotlighters, Inc., Woodbury Sketch Club, Pig Iron Company and Collaborative Act.  Most recently she portrayed “Oney Judge,” a slave in George Washington’s household, for Historic Philadelphia’s award-winning storytelling program, Once Upon a Nation.  Judge’s story was about how her experiences in Philadelphia transformed her into a forward-thinking, freedom-wanting woman.  Alexandra resides in Runnemede, New Jersey.
uranus411@hotmail.com 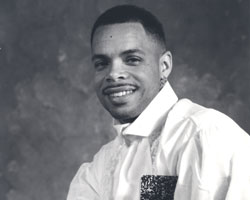 Lamont Dixon is a writer, poet, storyteller, and performance and teaching artist. As a teaching artist, Lamont has developed innovative Language Arts education programs: as a performer he collaborates frequently with dancers, visual artists, rappers, other storytellers and vocalists.  He has experience as a first person interpreter, portraying Malcolm X in Fire & Fury: X in Oratory and Langston Hughes in A Walk Down Lennox Avenue.  A New Jersey resident, Lamont has performed widely throughout the tri-state region. He is an instructor at the Perkins Center for the Arts, Playwrights Theater of New jersey, Young Audiences of New jersey, Philadelphia Arts and Education Partnership, and Arts Horizons.
lamontisnapalm@aol.com

Salem County Board of Chosen Freeholders